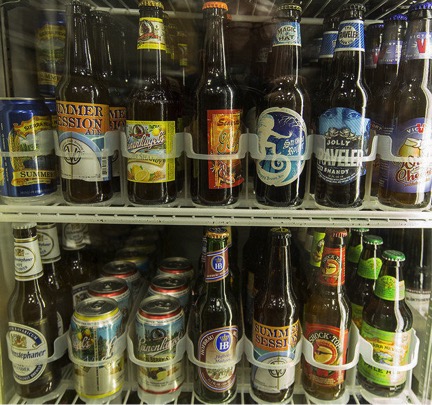 May 25, 2016 By mavericks in Latest News Comments Off on Six-packs headed to gas stations and Gov. Tom Wolf is delighted

It’s official: Six-packs could be coming to a gas station near you. And Gov. Tom Wolf is delighted. “Freeing the six-pack will make the commonwealth more inviting for customers and businesses,” the governor said, in a written statement released within minutes of the Pennsylvania Liquor Control Board’s approval of nine licenses for entities that also sell fuel.

Of course, the PLCB‘s decision came as a surprise to virtually no one connected with the saga of the gas-station six-pack. In 2014, the board that oversees licensing and the state-run liquor system approved the sale of beer at a Sheetz convenience store in Shippensburg. That kicked off a protracted legal battle between beer distributors and the PLCB. A Commonwealth Court judge sided with the PLCB, although the matter has been appealed to the state Supreme Court. Representatives from the Malt Beverage Distributors Association, which helped launch the legal challenge, did not immediately respond to a request for comment.

Wolf got out ahead of the decision Tuesday with a publicly released letter to the board, urging them to vote ‘yes.’ Most observers, however, believed there wasn’t much need for the bully pulpit. The PLCB had delayed making a decision on the applications for several months while it waited for the confirmation of its third member, a Wolf appointee. Decisions require at least two votes from the three-member board. On Wednesday, the board unanimously approved all nine of the fuel-related applications before it.

Wednesday’s application approvals fall in line with the general move toward modernizing the state’s liquor system. Other incremental steps have included allowing beer distributors to sell 12-packs and more Sunday sales of alcohol. Meanwhile, a number of Legislative Republicans have advocated for privatizing the whole system or enacting more sweeping reforms. That debate became part of last year’s budget battles and will likely rear its head again this year. “It does illustrate [the] absurdity of state monopoly and need for comprehensive reform,” said Rep. Stephen Bloom, R-Cumberland County, in a reaction on Twitter. “Not arbitrary hit [and] miss fixes.”
The nine fuel-related applications approved Wednesday include: