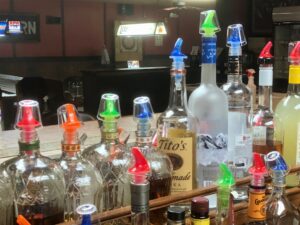 The following is a statement from Chuck Moran, executive director of the Pennsylvania Licensed Beverage and Tavern Association, concerning Governor Wolf urging the Pennsylvania Liquor Control Board to pull Russian-made vodka off the shelves of state stores. The PLBTA, based in Harrisburg, is the statewide political voice for small business taverns, bars, and licensed restaurants.

Today Governor Tom Wolf in a letter urged the Pennsylvania Liquor Control Board to pull all Russian-made vodka off the shelves of state stores.

The Pennsylvania Licensed Beverage and Tavern Association supports the governor in urging the PLCB to do so. This is a reasonable option for the Commonwealth to take to show its disapproval of the Russian invasion of Ukraine and the damage the attack has done to world peace.

As far as our Association knows and so that we do not confuse them with “Russian-themed” vodkas, there are a few actual Russian-made vodkas sold in Pennsylvania’s stores. They include Russian Standard and Ustianochka. Russian Standard is owned by Roustam Tariko, a Russian oligarch.

With many great vodka options available, our Association is encouraging Pennsylvania’s family-owned taverns, bars, clubs, and licensed restaurants to avoid using Russian-made vodka for now. It will be a minor inconvenience for some, but national American brands like Tito’s from Texas and locally made vodkas like Holla Spirits in York are good options when mixing drinks that require vodka.