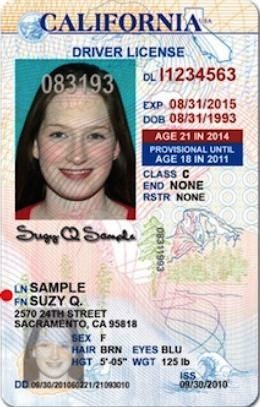 Back to school means it’s fake ID time too!

Soon college campuses will be full again. Classes will be in session. And football stadiums filled on Saturdays.

For businesses in a college town, it’s a blessing. With students returning (and parents visiting), local businesses can expect increased walk-in traffic.

For the local bars and taverns, it also means an increase in the number of fake IDs showing up. And these aren’t your father’s fake IDs. They’re much more convincing and significantly more difficult to detect than in the past.

There was a time when bouncers and servers had an easier time catching a fake ID. Years ago, they were likely made by a student working out of his dorm room using an instamatic camera and white card board.

On one of the most popular fake ID websites (we won’t mention the name here as we don’t want to give it any publicity), underage students can purchase a fake ID using cryptocurrencies such as Bitcoin. For a fake Pennsylvania ID the cost is $200 for two fake IDs plus a lifetime replacement. The student supplies a photo and regular information you’d find on any driver’s license via the website.

Shortly later, a package arrives via the campus mail to the student dorm room. Sometimes the package contains a stuffed animal, while other times the package may be a pair of shoes or another item. Regardless, somewhere in that item are the fake IDs. This technique makes it easier for foreign websites to get their packages past U.S. Customs and into the hands of underage students.

What makes these fake IDs difficult to catch is that they are scannable, making it tougher than ever before in detecting one.

So, what should a bar do to battle fake IDs? Consider the following:

It’s typically recommended to card anyone who looks younger than 35. Some establishments card everyone as a matter of policy. If you do that, and a fake ID accidently gets by, you’ll have some protection. Pennsylvania liquor code states that no penalty shall be imposed against a licensee or its employee for serving alcohol to a minor if it is established to the satisfaction of an administrative law judge that (1) the minor was required to produce an acceptable for of identification; and (2) either (a) the minor completed and signed a declaration of age card, (b) a photograph, photocopy, or other visual or video presentation was made, or (c) the identification was scanned by a transaction scan device and found to be valid; and (3) these documents were relied upon in good faith.

As such, it’s also best that a licensee document the carding of each customer and retain that information for two years.