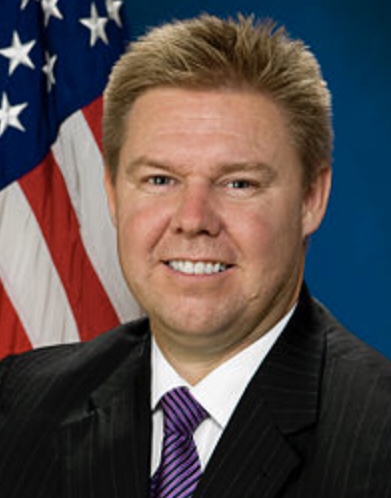 After serving in the Pennsylvania Senate for 10 years, Senator Richard Alloway II (R-33) announced today that he will retire effective February 28.

Alloway, who in a previous career worked for the Pennsylvania Tavern Association as executive director, issued the following statement regarding his decision:

“It has been an honor and a privilege to hold this position and to be the voice for local communities in Harrisburg for the past decade in the Senate. I am extremely grateful for the trust that has been placed in me by community residents, and from the bottom of my heart, I thank all of my constituents for giving me that amazing opportunity and for helping me to be a better elected official.

“I treasure the personal relationships that I have forged over the years with various citizens and with my colleagues in the Capitol. Every single one holds a special place in my heart. However, our forefathers never envisioned public service as a lifetime vocation. After a decade of fighting to ensure our interests are represented in the General Assembly, the time has come for me to move on to other endeavors and pursue new opportunities. I wish all of my colleagues on both sides of the aisle nothing but the best.”

Alloway served on the Senate Republican leadership team as Majority Caucus Secretary since 2014. He was responsible for overseeing and reviewing all executive nominations submitted to the Senate for confirmation. He previously served as Senate Majority Caucus Administrator and as Chairman of the Senate Game and Fisheries Committee, where he authored several laws to protect sportsmen and promote outdoor activities.

Alloway was among the legislature’s strongest supporters of Second Amendment rights and was the leading advocate for passage of Libre’s Law, legislation to protect animals against abuse and neglect.

PennLive reported that Alloway is leaving office with nearly two years left in his third term. A special election later this year for his constituents in Franklin and Adams counties, plus small portions of York and Cumberland, will need to be conducted.