Yesterday’s announcement from Governor Wolf left many wondering why bars and restaurants were ordered to close. And, it didn’t help matters that after the order was made, there was significant confusion due to different interpretations of the order until Governor Wolf sent out a clarification last night.

It was a tough decision, no doubt. But, there’s a simple answer why Pennsylvania bars and restaurants were ordered to close.

We don’t want to be the next Italy. Some in the medical community fear that it could happen, and happen quickly. COVID-19 has the unique ability to spread in a very short time period and impact large populations at once, as we’ve seen across the world.

Italy chose not to address social distancing until it was too late. Up until the very last minute, bars and restaurants were filled to capacity.

The slow response by the Italian government has left staggering statistics with a health care system that is overwhelmed. News reports make it clear that hospital staffers have had to make devastating decisions about who gets treated and who they must let go. As of this morning, Italy was reporting nearly 30,000 coronavirus cases and more than 2,000 deaths.

Governor Wolf’s order to close the state’s restaurants and bars was difficult, but it was in the best interest of public health. Hopefully, it will slow the spread, flatten the curve, and give our health care networks the time they need to prepare.

It’s often been said that health care professionals are on the front lines of the war against diseases, and that they are heroes.

Let’s add Pennsylvania tavern and restaurant owners, bartenders, waitresses and waiters, and other staff to the list of heroes. They’re the tip of the spear in this fight. They’re sacrificing revenue and salary to play their part in stopping the spread.

This crisis will pass. There was once a time that the world struggled with polio. That was until a Pennsylvania physician named Jonas Salk invented a vaccine. Today, polio is almost non-existent. Our country’s smartest medical researchers are working on this, and like Jonas Salk, they’ll find an answer.

And, when they do, patrons will return to restaurants and bars, celebrate life, and declare victory.

Members please continue to monitor your emails for our “On the Fly” alerts. These are being issued as we learn more about the COVID-19 situation and how it is impacting your business. If you are not receiving those emails, please send us a message at pataverns@pataverns.com. 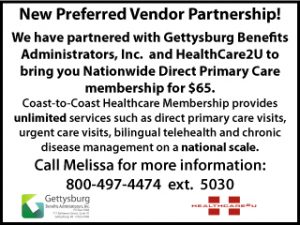