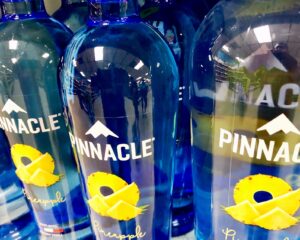 Pasted below is a letter to the Pennsylvania House Liquor Control Committee concerning HB 2272, a bill that through a constitutional amendment could potentially privatize the state’s liquor business. The Liquor Control Committee requested our Association’s position prior to its June 8, 2022, voting meeting on this bill. The bill moved out of committee on a party-line vote.

Privatizing Pennsylvania’s liquor business is not as simple as HB 2272 makes it out to be.

The state’s liquor business is a web of rules and politics. Pulling one lever activates a series of reactions within the industry. As such, it is dangerous for taverns, bars, and licensed restaurants to support HB 2272 as it is written.  To do so would be taking a leap of faith, not knowing if our segment of the industry would be protected from unintended consequences.

As the statewide political voice of family-owned establishments which provide tens of thousands of jobs while supporting local economies and communities, the Pennsylvania Licensed Beverage and Tavern Association agrees – in concept – that change is needed. We also realize there are many other problems within the state’s liquor system including antiquated liquor codes that need to be updated for the 21st Century.

HB 2272 does not address outdated rules and makes no promises about how privatization of the state’s liquor sales system would work.  The Association will not support any change that fails to protect the future of family-owned establishments.

That said, the Pennsylvania Licensed Beverage and Tavern Association (PLBTA) cannot take a position on HB 2272 at this time.  Instead, PLBTA would be happy to recommend changes so that small businesses don’t become collateral damage. Our position on finalizing support or opposition of a constitutional amendment regarding private wholesale/retail wine and spirits sales remains dependent on current and future discussions about what that future looks like.